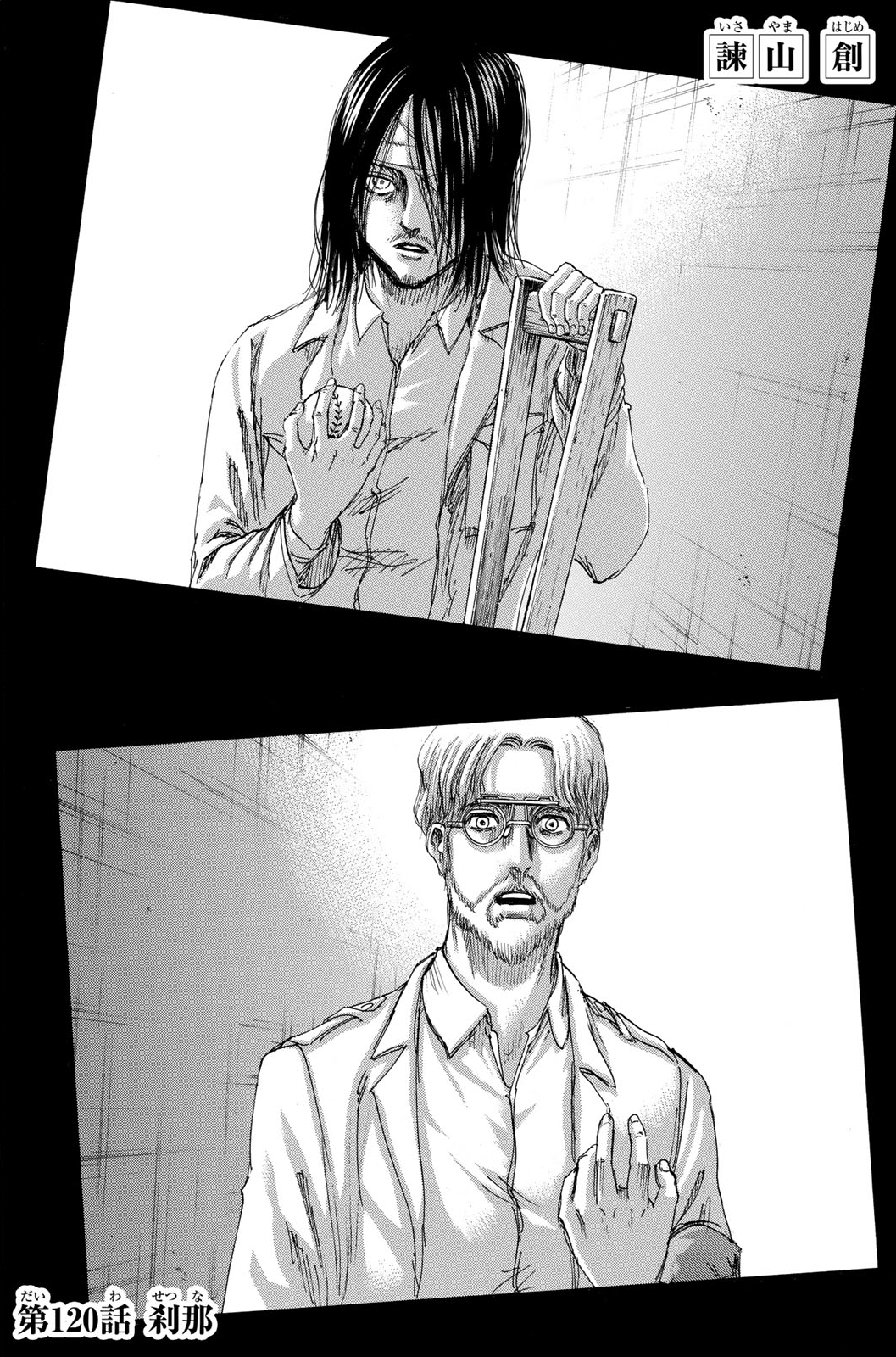 (edited by AhmedHadi1)
A Fleeting Moment
0

Questions from 119 have yet to be answered. Such as Levi, Falco, and whether or not Eren will die (I think with Ymirs power he won't). To sum it all up, my theory was for the most part accurate. I guessed that the founder was connected to Ymir in what I call, THE TITAN REALM. As for how things played out, I was off. I anticipated Zeke would betray Eren, because of Eren's personality. Eren has one goal that I believe remains the same, Eradicate all the titans. I thought the Ymir would be a little more of a divine being, but I was wrong. Since time has stopped within that realm, I think this gives Isayama potentially a couple chapters to give us the truth about the titan wars and just history in general. My final theory is that all the titans/titan holders will be gathered in that titan realm and then Eren will use the Attack Titain's ability to rid the world of hatred. I think the Attack Titans' ability is "memories" as we saw with Kruger. So Eren should have been able to see what the future holds, as well as unlock the past. Then with the founders power he can share that pass with the world, similar to how King Fritz erased everyone on Paradis's memories.

I didn't know the beard guy was Zeke until Grisha said "I'm sorry Zeke". I thought that beard man was Karl Fritz. Anyways, the chapter is amazing!

I agree with you in many things (as I wrote in my last post) but I do not believe that "the vision in the future and in the memories" is the power of the assault titan but I believe that all the special titan possess this "ability". Correct me if my thought have any error.

Why does Zeke look so old? (Ah, that wasn’t polite) Is it because of his “resurrection” or something?

Also, if you a titan and are able to resurrect, will the 13 years of Ymir’s curse reset, and you’ll be able to have 13 more years to live?

He says he feels like he's been waiting for years. Since they're not in the physical world, perhaps that's a manifestation of how he feels?

Nah, that's just how time flows there. Years spent there is an instant in the real world. Zeke said that because time is endless in that realm, whenever shifters use the power of the Titans, Ymir sculpts the bones & flesh with the sand there and sends them through paths. It might be in instant an the real world but in actuality it takes her quite a while.