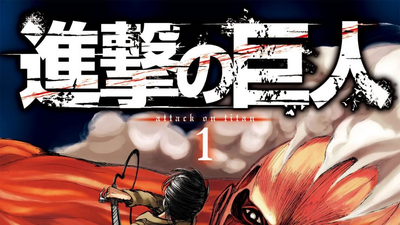 This article is about the manga. For other uses of this name, see Attack on Titan (Disambiguation). Attack on Titan(進撃の巨人Shingeki no Kyojin?, lit. Advancing Giant(s)) is a manga series written and illustrated by Hajime Isayama. It was first published in September 2009 and is serialized in...

Eren
Paradis Island
Zeke
Marley
No one (everyone is insane) 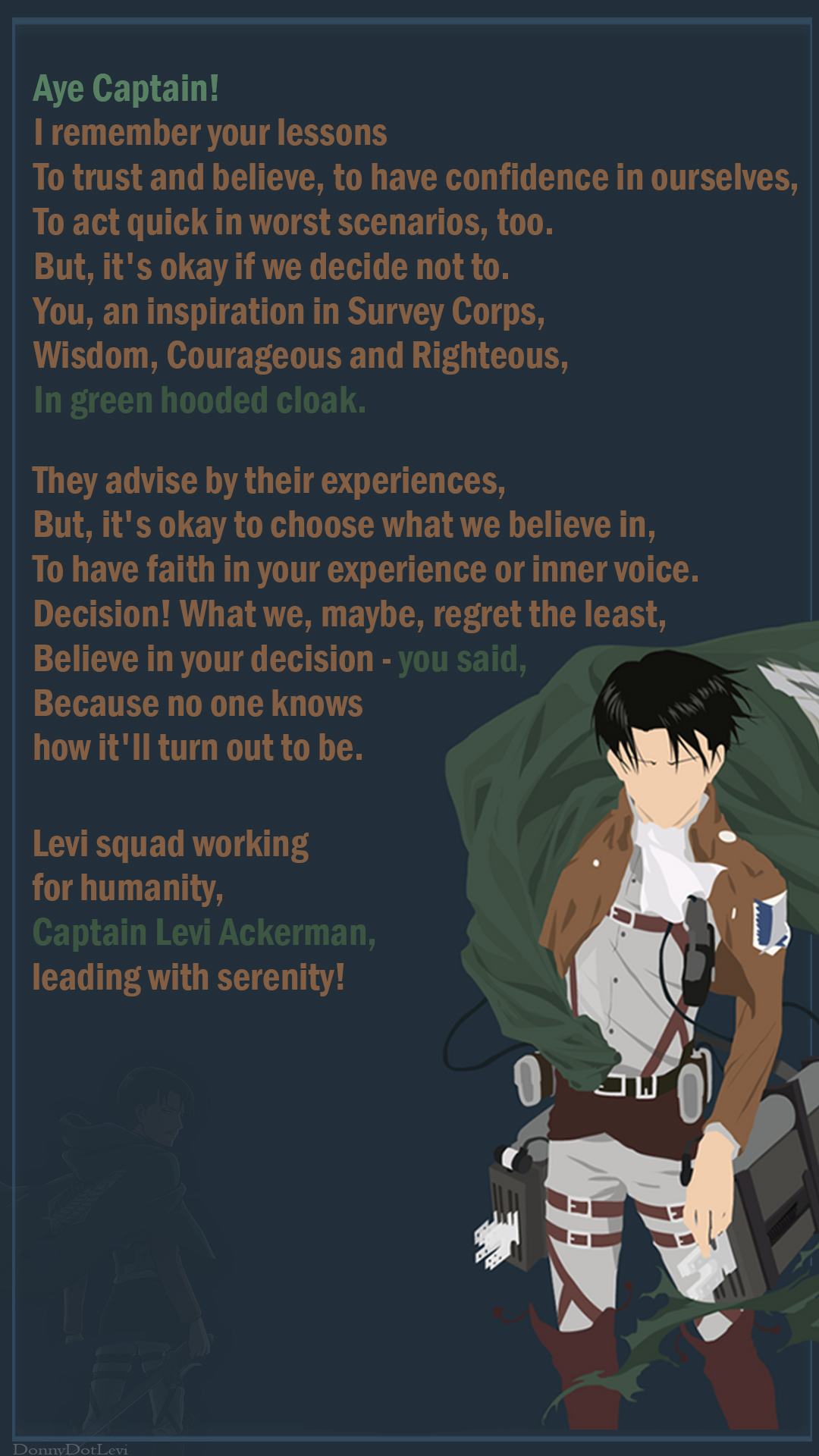 I have decided that with all these Characters I was going to make a list to see what people think since the Manga is coming to a closure. Since this a TV shows that break the rule of following only one main character, it is really helpful in television to have multiple main characters, because you want to generate storylines forever. So it is helpful to have all these different storylines to weave. So here's what I think.

Antagonist: The Marley military as well as Overuse of Titan Power (dating back to The Great Titan War with King Fritz) still applies current day

Minor Character: Eren Krueger, Franz, Keith, Nile, Mina, Pixis, and Ramzi (any character that appeared for a couple of seconds to minutes could also apply here)

Protagonist: Eren Most of the Time while Gabi will be this Season’s Protagonist 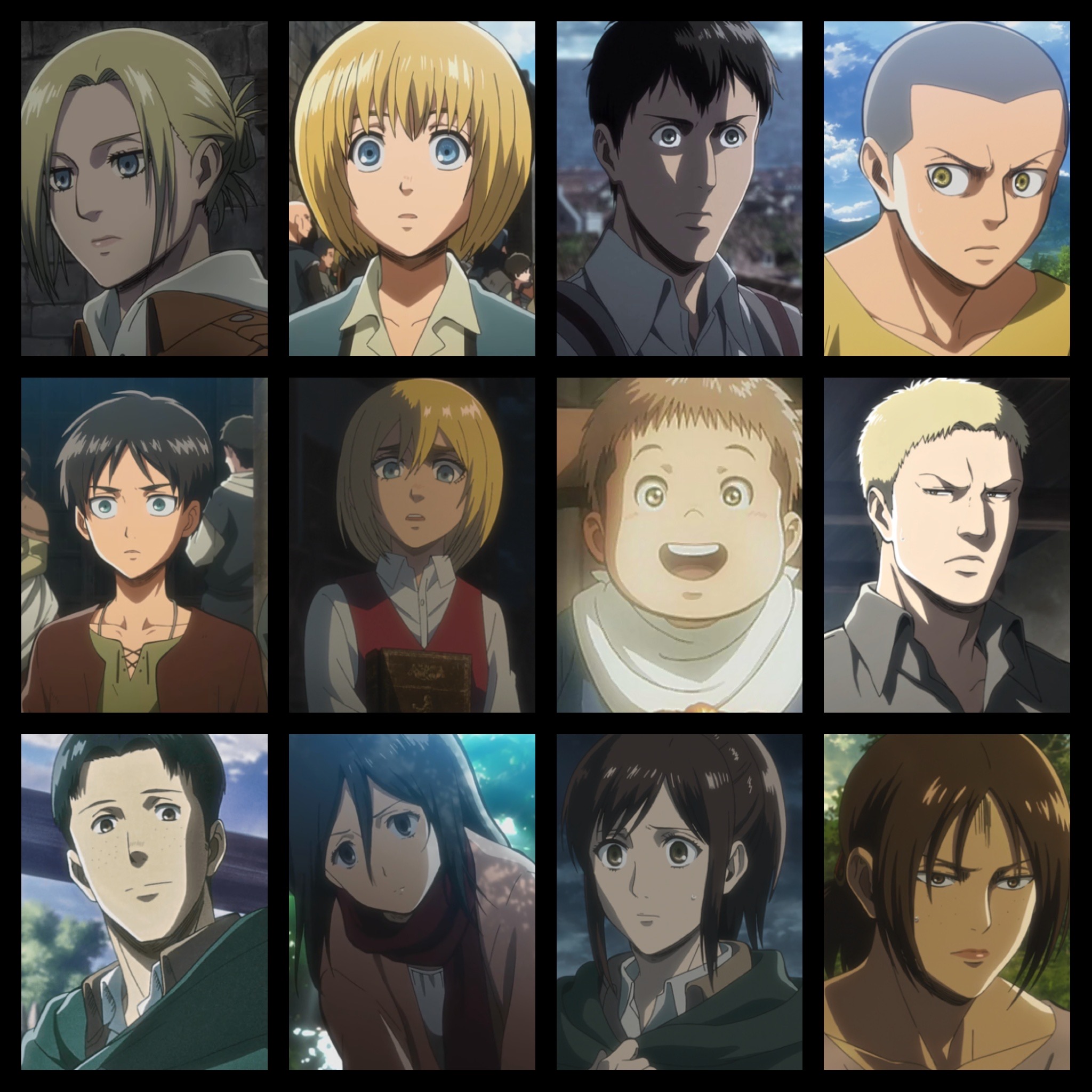 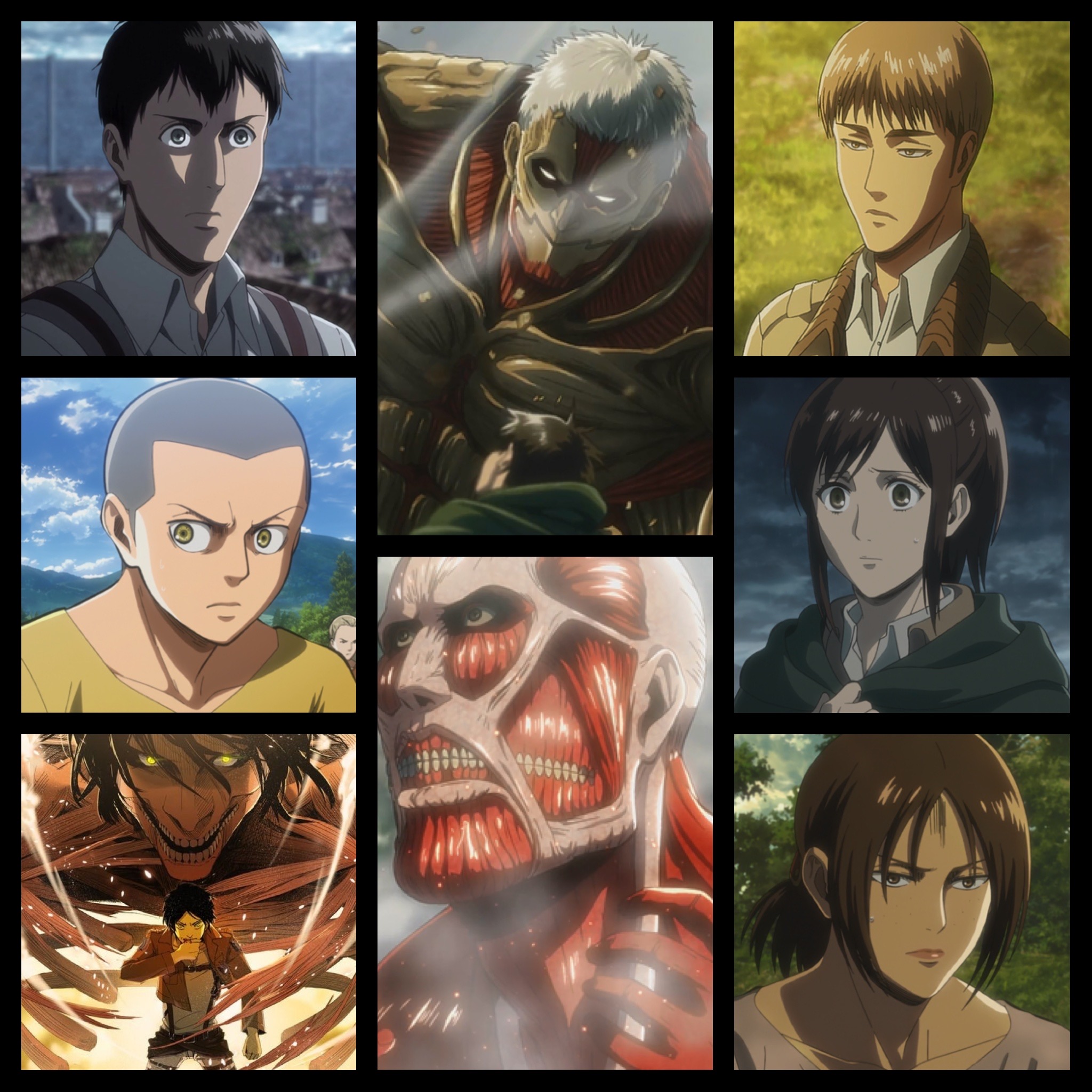 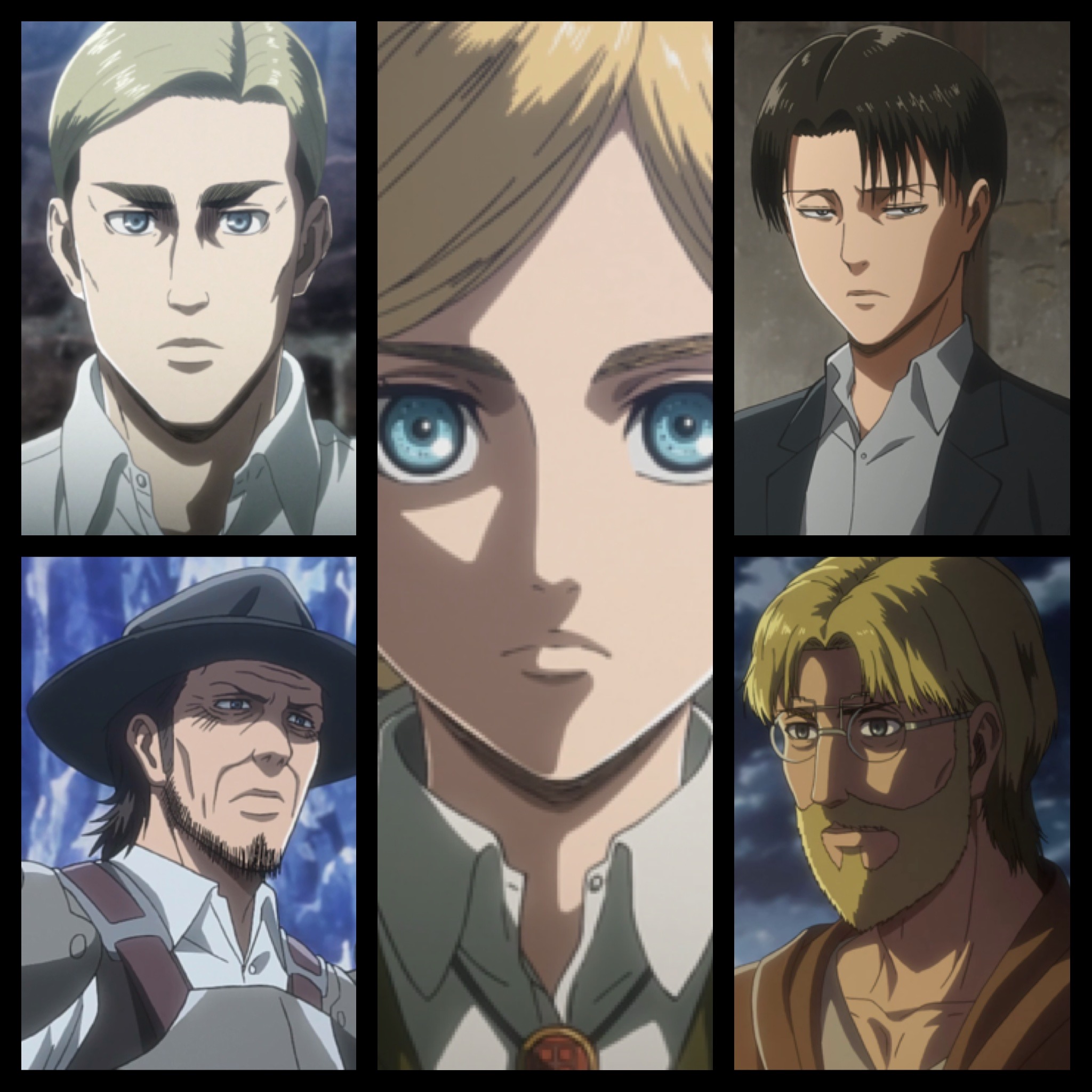 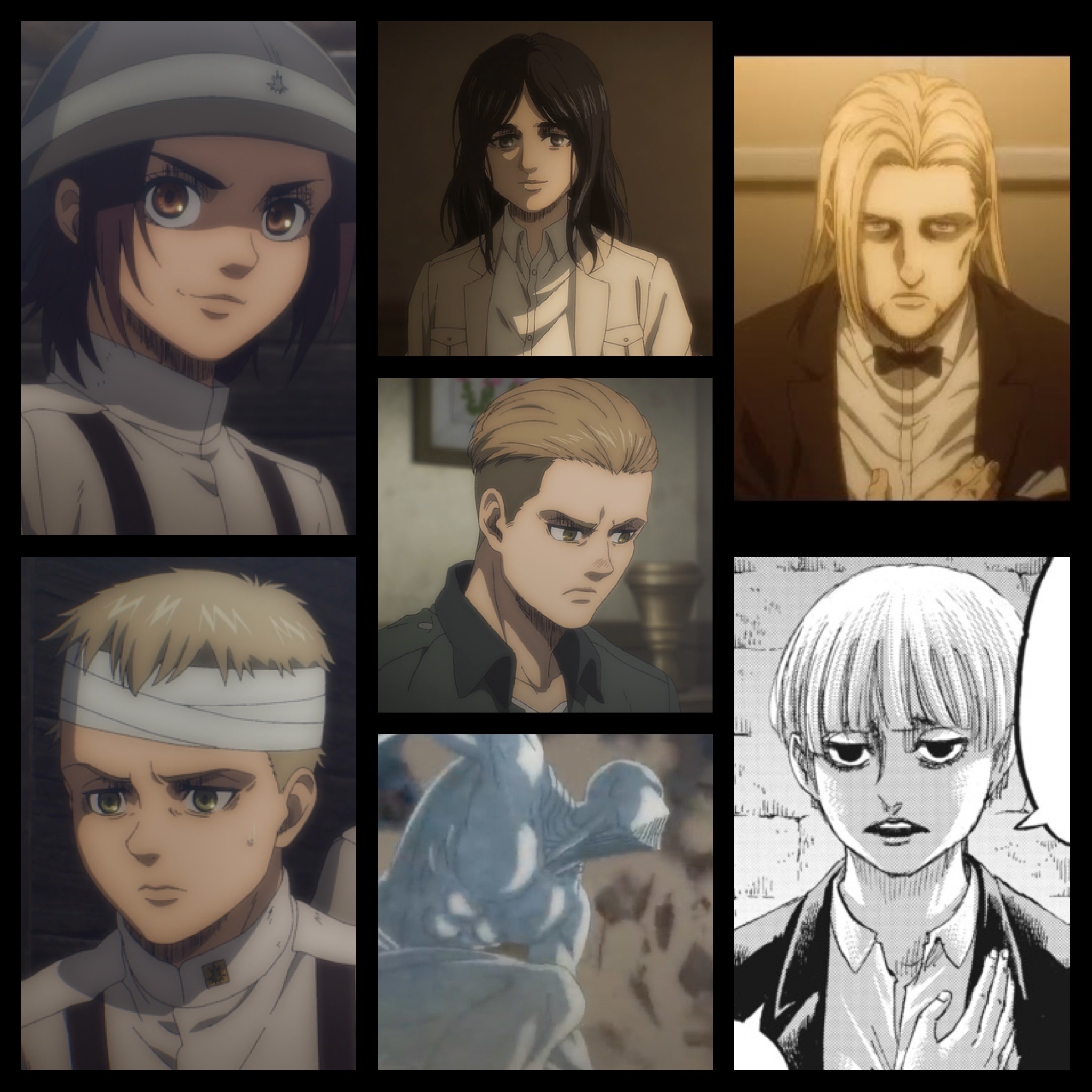 To keep it simple, lots of people think Erens gonna die, but to be honest, i think hes gonna live since having him die is way to predictable for the ending of the show. Yes hes done terrible things, but its for a reason. If he manages to realize what hes done hes likely gonna correct the destruction he caused. Hes sorta trying to teach the world a lesson cause his whole life hes been fighting people that he thought were bad, but in reality, those people are fighting for something they were influenced to believe in. Aot will likely end with the world uniting as 1, to finally put an end to all the divisions. Eren is clearly not trying to kill his friends since in the Manga he says "You are free". so hes not the enemy you think he is. My theory is that someone is gonna talk some sense into Eren and erens gonna wind up undoing this mistake, like always, having to kill him would be too predictable and way too far since his friends dont even understand exactly "Why" hes doing this. I'm pretty sure Eren will manage to live and wind up with Mikasa if he breaks the Titan curse, this kinda does Armin and Annie a favor too, so eren living is crucial. The creator would have to eventually realize that this whole series has been tragic, Marco, Marlowe, Mina, Petra, Mike, Erwin, Hange, Sasha, all these characters died and lots of tragic and devastating events occured on top of that. Having the series end in a positive way is the way to go in order to make this show rewatchable and re-enjoyable. Think of this too, Do you really think Eren dying the villian leaves a good legacy for this show? If the show has a good ending then we would understand the moral of the story, cause the message would be clear to us. "Sometimes to do some good you gotta be the bad guy"

Morals like this make sense, Isamaya would surely understand. Keep in mind that the manga hasn't reached its ending yet, if you want a good ending for this show, then you gotta speak up, take advantage to give suggestions to Isamaya while its still in production.

Have a good day :D

I am caught up (Season 4 Ep. 5) with the anime, but I am considering reading the manga. Is it worth it? I am looking for/wanting more details and backstory on everything. I hope the manga offers it. Lmk!

So now its confirmed that the Attack on Titan manga is ending in April and idk what to do. I've been a fan of aot since 2017, and tbh those 3 years felt like a rollercoaster to me. I will never forget this amazing masterpiece, and if I will have children one day and if they wont like aot I will send them straight for adoption. 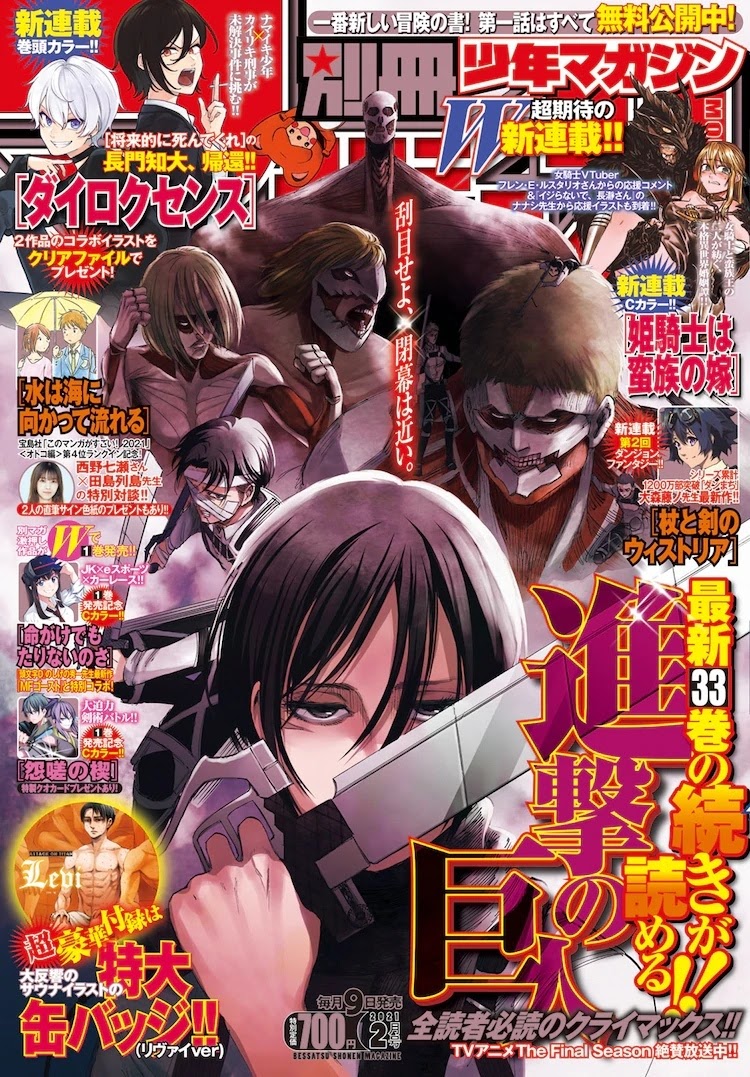 In manga, we came to know that ymir didn't got the power of titans from God or devil. So what led to the curse of ymir? And if its a hoax then why hasn't any shifter lived more than 13 years?

Merry Christmas to you all! Image NOT mine. All credit goes to its original owner. 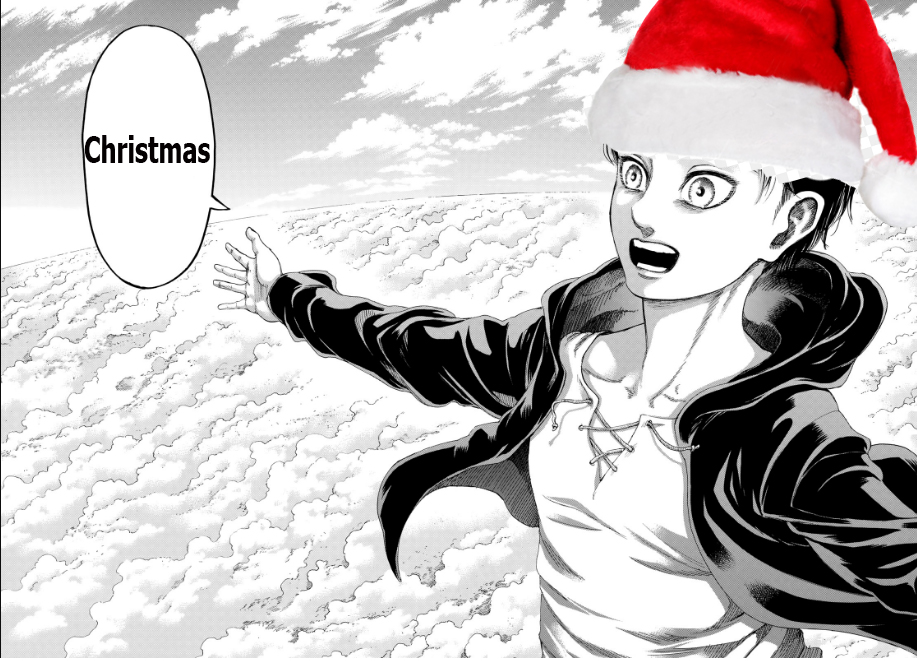 .... I DON'T HATE ANY OF THEM EXCEPT THAT POLICEMAN WHO KILLED GRISHA'S SISTER!!! WBU? 😶

I just started watching AOT last week since my friends encouraged me to and I never regret the decision. AOT is amazing and I drew my first drawing based on it. 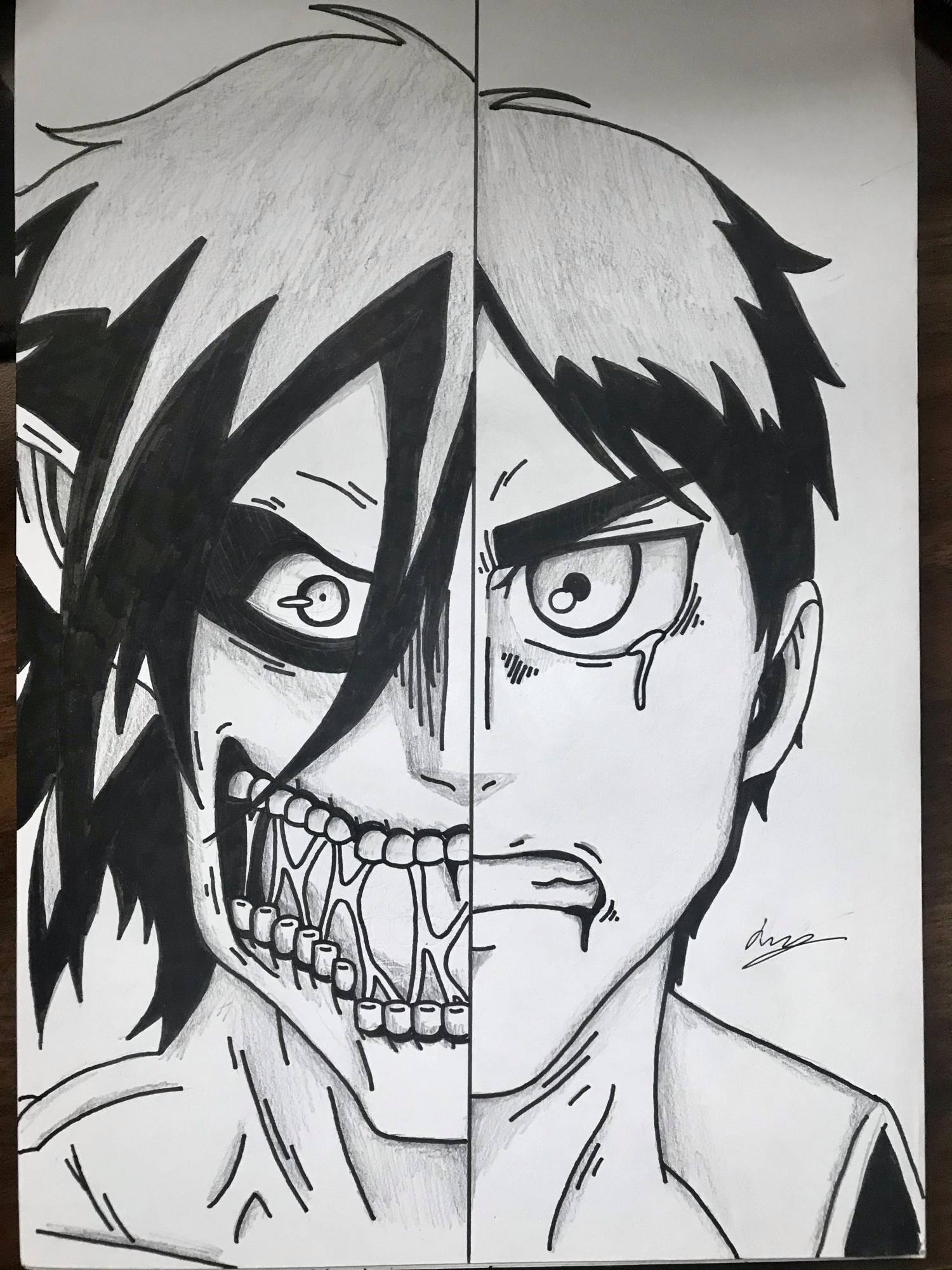 If you have a favorite manga character not mentioned in the anime leave that number blank.

If I see a lot of eren I swear to God I'm gonna cry, but I think it's cool how some people's favorite characters can be other people's least favorite so what are your guys's, I'm fully prepared to take a bunch of shit for my list:

4.jean Kirstien (sorry if I messed that up)

7.eld whatever his last name is

Mikasa and Levi are second cousins. If you watch closely in s3, Kenny once told grandpa Ackerman in his death bed that he found his cousin in shiganshina. Mikasa's father is the only ackerman living in shiganshina that time along with his wife who's a descendant of oriental clan. Kenny, Kuchel and Mikasa's father are cousins which makes LEVI AND MIKASA SECOND COUSINS :)))

Sorry if a non-manga reader comes across this post

But for me it's definitely potato girl :(

Attack on Titan (Manga)
yes
I hope not

For the love of ALL THINGS IN THE UNIVERSE can someone PLEASE answer this question of mine???

So In No Regrets, Levi has his own house with Isabel and Farlan. Is the house they’re in his old house that he used to live in with his mother or another one?

Ive tried to find the answer to this but it seems like noones ever pointed it out. Please help me so my mind can be at peace. Thank you.

Edit: thank you! I was just a little confused on their location lol