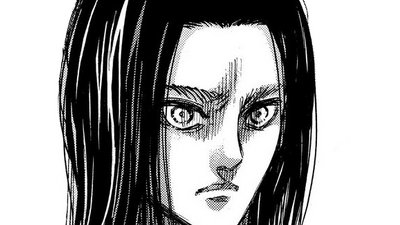 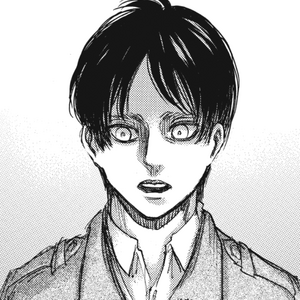 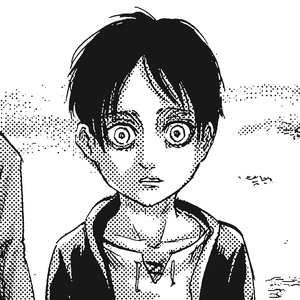 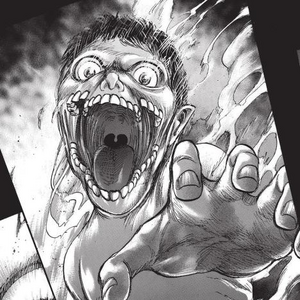 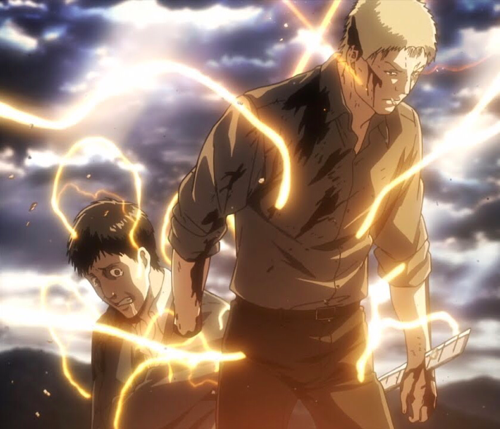 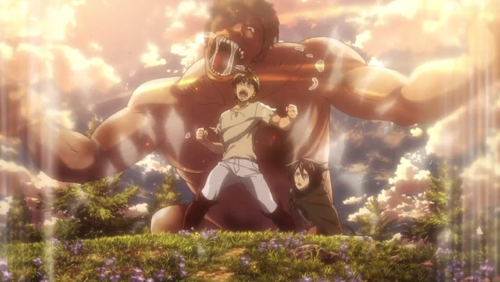 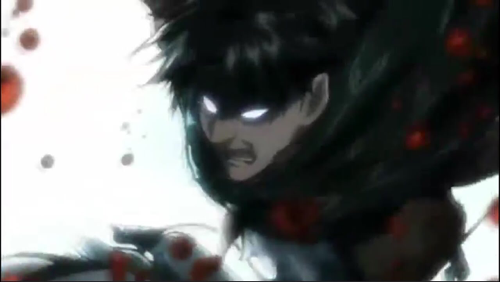 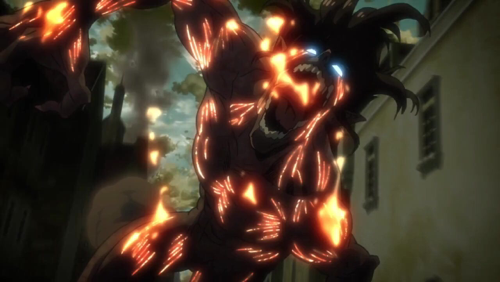 What are ya’ll thoughts on how AoT should end? I want Eren to pull through and complete the whole rumbling. I’ve been caught up with the manga and everything, and been a huge AoT fan since 2014/15 and i really love the way Isayama has brought everything together and I think this ending would be satisfying for many, even if some don’t like the way its going. Do you guys think Eren will also die? If so, how? Will titans be permanently eradicated or will Isayama pull a bruh moment on us and make the whole cycle repeat?

Okay. I don't want any spiilers. I haven't read the manga and am waiting for season 4 and more of Levi...

But this is bothering me that Eren and Armin are gonna die soon. I mean, why?

The thirteen year titan rule. Yes. But can this be avoided.

If the manga answers this like "Yep. There is something" Or like "Nope. It is inevitable" I don't wanna know then.

I want your thoughts and theories. If the manga don't answer this, better.

So, I've had this really wild theory the other day for the (ending of the) manga.

We all know the tree, which Eren is leaning at in the first chapter, right? Well, this tree has nine branches.

And then there is the tree from chapter 122, in which Ymir Fritz fell. down there, she "connected" to something, which might look like a parasyte, but I believe that it is one of the tree's roots.

Well this root has nine of these bigger roots on the back and thirteen of these smaller roots (9 titan powers; 13 years to live).

What if the trees from chapter 1 and 122 are the same ones or have the same origin (the root Ymir Fritz connected to).

Now, I believe that Eren somehow needs to get to this tree, to then save Ymir Fritz when she is falling down. As time in general seems to be a bit off there, this might somehow be possible.

Also one could assume that if Ymir Fritz is actually the same person as Historia's (and Eren's?) baby/child, the last panel, which we alredy know, would also make sense, as then Ymir Fritz would be free and these titan powers basically never existed.

I don't know if you actually understand what I mean haha, but I thought I might just share this theory with you guys. What do you think?

Eren could only control titans by touching a member of the royal family but what if eren had a vile of Historia's blood would he be able to control them?

Eren YeagerFounding Titan
Yes, Eren will destroy whole world.
No,it will be interrupted by survey scouts
Eren will be stopped in the half way

Can we assume that from the moment Grisha saw Eren's future memory, Grisha could only pass his Attack Titan powers to Eren, and Eren has no choice but to travel back in time and convince Grisha? Wouldn't this make what Eren said to Armin ironic, because Armin may (or may not) be influenced by Bertolt's personality, but if 19 y.o. Eren didn't come back to the past the world would literally stop making sense and start becoming chaos?

If an Attack Titan user uses their ability of traveling back into the past and giving AT users future memories, then wouldn't this make AT users a "slave" to their power, because at some point in the future they MUST come back and close the time loop?

Eren YeagerGrisha YeagerAttack TitanMemories of the FutureIgnorance
Die, killed by Mikasa, Armin ect.
Live, and KILL THEM ALL >:D
...They'll somehow make a ... comprimise...?
They all die.

This is something I absolutely do not get, so maybe someone can answer this.

So, Ymir is obsessively in love with Krysta, and is willing to do anything to keep her safe. Reiner convinced her that she would be safest in Marley, despite this meaning she would be a prisoner, so Ymir joined him and Bertold to try and bring Krysta to Marley because she believed that Eldia was doomed to lose the war. Ok, fair enough, I get that.

Then Eren reveals that he has the Founding Titan's power, giving him the ability to control other Titans. So now she thinks that Krysta would be better off and better protected in Eldia (not to mention she wouldn't be a prisoner). With Eren's ability to control the Titans, she now thinks that it's Eldia that will win the war. So she turns against Reiner and Bertold and returns Krysta to Eldia. Ok, I get that too.

This is the part that I don't get. After siding with Eldia because she think they'll win and be able to protect Krysta, she turns around and saves Reiner and Bertold's lives, and then surrenders herself to Marley, knowing full well that she will be sacrificed and her Titan power given to a different Marley warrior. She not only saves two of Marley's strongest soldiers, but gives them an even greater advantage by surrendering herself and her Titan power.

Where the hell is the logic in this? Just after she thinks that Krsyat would be better off and safer in Eldia, she saves and strengthens the enemy, which would only put Krsyat in greater danger. Why not let Reiner and Bertold die? That would not only greatly cripple Marley's power by making them lose the Armored and Colossal Titans, it could strengthen Eldia because they might be able to recruit the new Armored and Colossal Titans who appear since they would be enemies of Marley for turning them into Titans. And why sacrifice herself to Marley when she could not only stay by Krysta's side, but personally protect her and fight against Marley? This just doesn't make sense. This is literally her choosing which side she wants to win the war and then joining and helping the side she wants to lose.

Seriously, someone explain this to me.

If you don't know what that means, let me explain. It's a phrase that comes from the series Code Geass, where the main character, Lelouch, in order to bring peace to the world and stop all wars, paints himself as the bad guy and becomes the enemy of every nation in the world, forcibly taking it over and deliberately becoming the most hated and most dangerous person in history so everyone's hatred is focused on him instead of each other, then arranging to have himself assassinated so that when he's killed, all the hatred of the world dies with him and brings world peace.

It seems like that's what Eren's is trying to do with the Rumbling. This is why he severed all ties with Armin, Mikasa, and all his friends and tried to make them hate him, and is now threatening to wipe out the world. He's already managed to get Eldia and Marley to work together and bring all the world's fear and hatred upon himself (with the exception of his followers). He's already going to die in a few years, so maybe he's using what time he has left to obtain world peace.

Alternatively, it's possible that things are simply what they appear to be, with Eren deciding that he will do absolutely anything to save his friend, and if that means wiping out the whole world except for Eldia since the whole world wants Eldia dead, he's willing to do that. However, this greatly contradicts Eren's character up until now and goes against his value of human life. So it's possible that he's just making it seem like that's what he's doing. But even Armin seems to have figured something out in what Eren's planning. It also seems like his friends are now trying to get to him to stop his plan with the rumbling, but is it to stop him from wiping out the world, or stop his plan of painting himself as the bad guy and sacrificing himself for world peace?

So what do you think? Is he pulling a Lelouch, or is he legitimately willing to do whatever it takes to save his friends and people, including wiping out the world to save Eldia.

What is everyone’s opinion on the new art style in season 4??? (In my opinion it’s not that bad) <3

So we know based on the manga right now that Eren has started the rumbling and is trying to flatten the rest of the earth to eliminate any threats to the island but the 104th squad and Marleyan warriors are also teaming up to stop Eren from destroying all of humanity. I think the fandom is pretty divided as to which side they’re rooting for right now. I personally want the squad and warriors to win or somehow convince Eren to negotiate as they have said when they sat around the campfire when they talked about Marco saying “we haven’t talked things out yet”. Really just a happy ending to this grim series but knowing Isayama it’s gonna be a wild bittersweet ending. What do you guys think? Who are you siding with? What theories do you have for the ending?

I am rewatching AOT so I can be refreshed when Season 4 comes. Idk If anyone has clarified this yet, but during the 57th Scouting Mission arch, it looked like Levi was in love with Petra. But is he tho? I hope I can get some input from you guys.

Contrary to popular opinion or beliefs, Eren Yeager may look or play the hero but he's not. season four will show how a mad man thinking can lead to world annihilation.

He practically orchestrated all that happened from the very beginning, even Zeke he's half brother who we think is a villain is not. Plus honestly Mikasa need to chill the f++k down, she always act like a wounded animal when ever Eren is supposedly in trouble.

I think the post-122 chapters should be called the Rumbling arc. We have a drastic shift of perspective and the stakes are not the same as during the War for Paradis arc. I strongly believe the manga will NOT end this year. The last chapter will most likely be 138 (since that would make four volumes since 123) i.e. in March 2021. 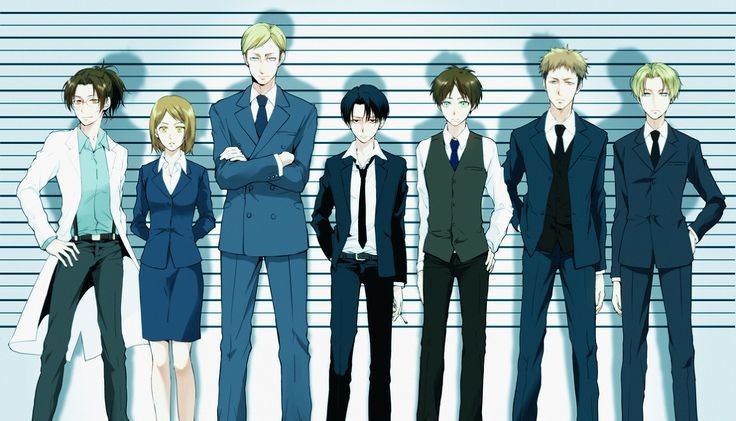 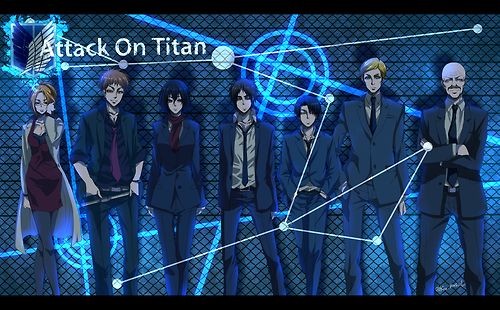 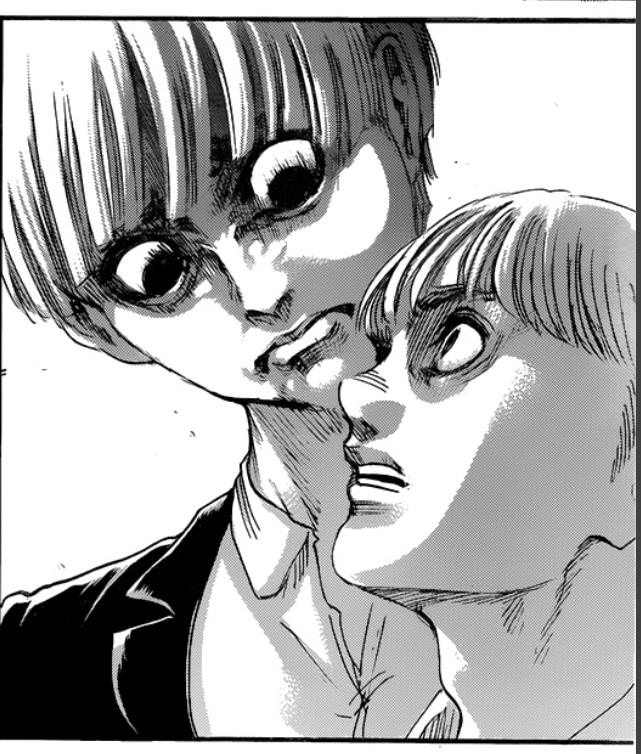 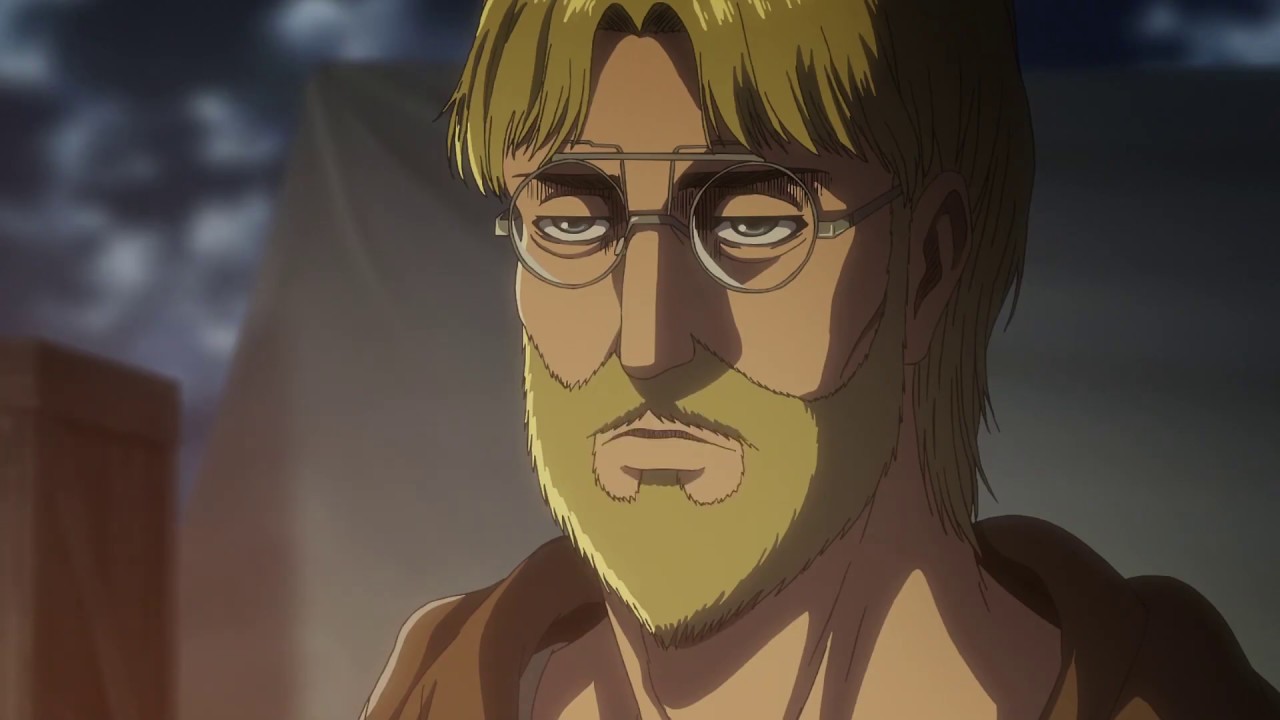 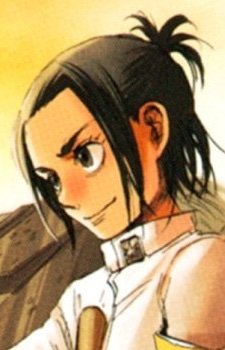 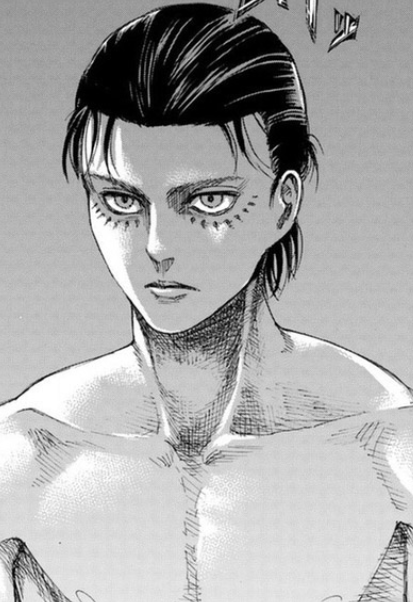 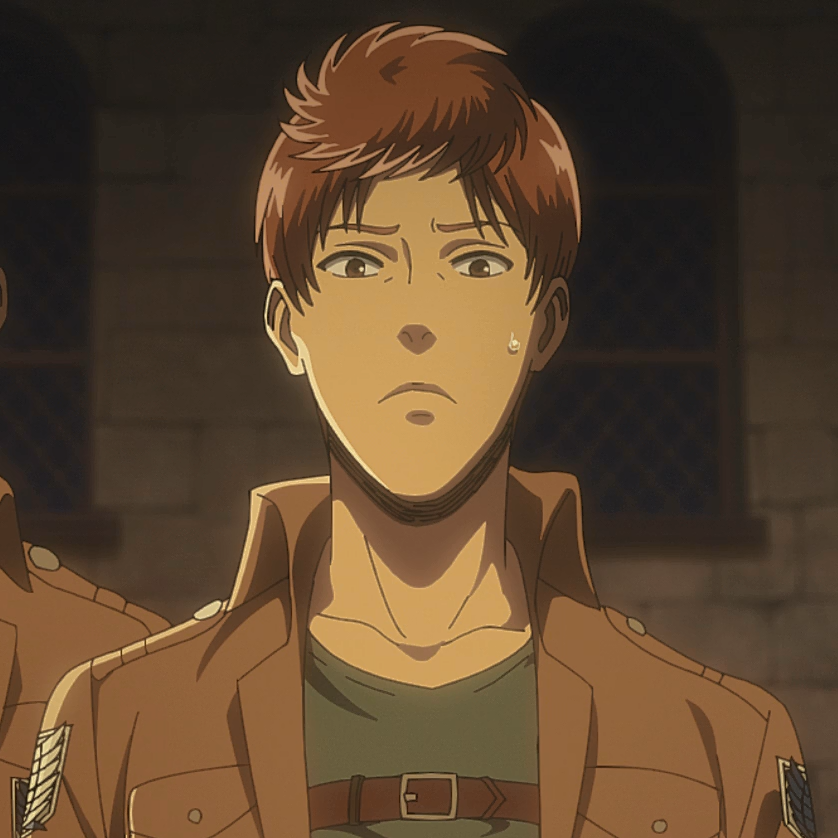 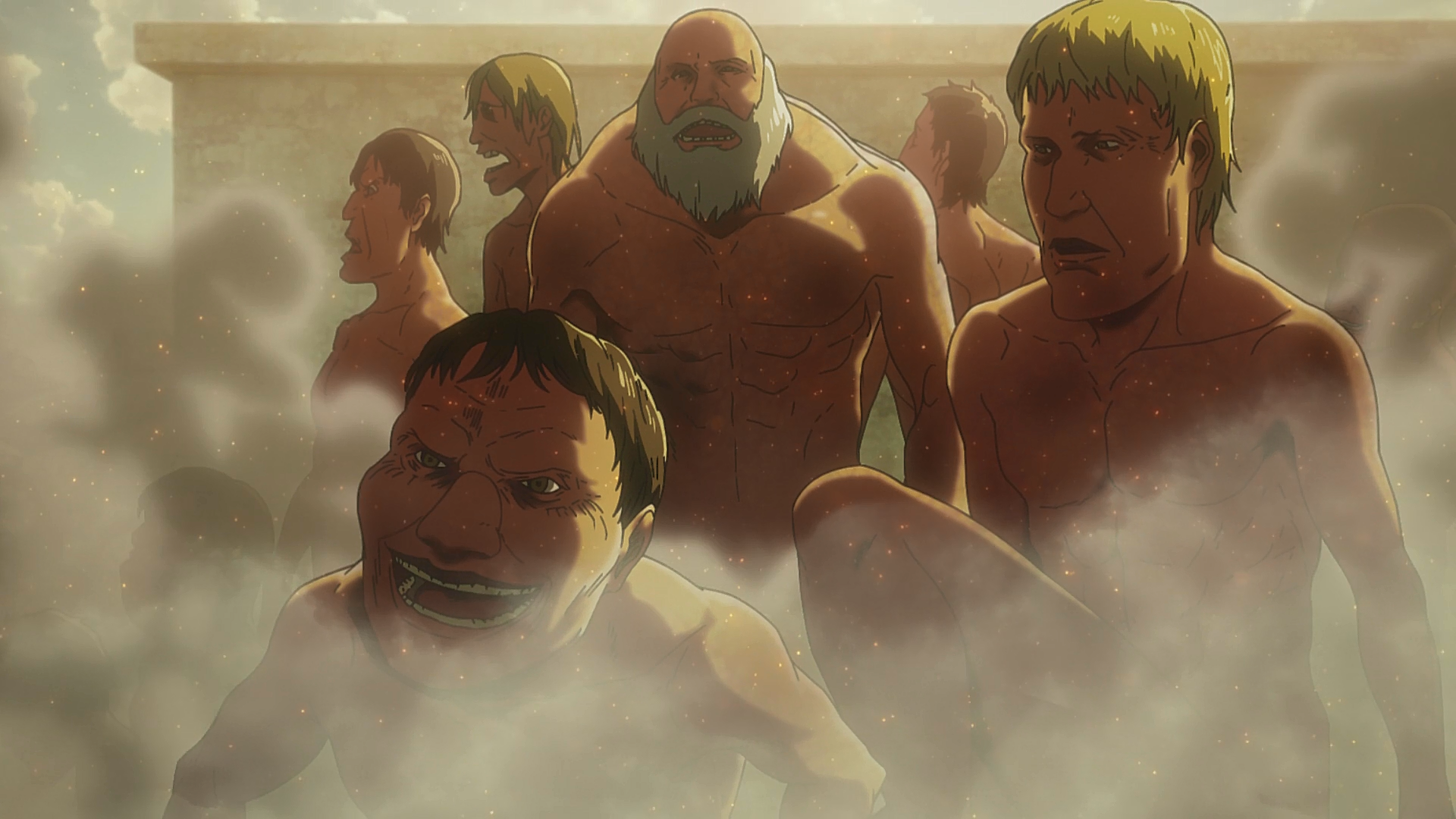