The manga won't last long. I surmise it'll finish by chapter 130 or so.

A reply to Viralizer Animations
4

Mikasa win against Kratos? This HAS to be some kind of joke.

The Uprising arc
A reply to COOLGAMERBOYMLG
0

Too few options. There's should've been more like 'ambiguous' or such. AoT is not a straightforward heroes vs villains story anymore.

Actually, they were 11-12, AND they did NOT receive their powers as babies, but instead when they were around 10, so the above answer doesn't make sense.

Pieck is right, as expected.

He saw a memory of his from the future. As the to-be Attack Titan wielder after Grisha, Eren was pretty much destined to have it, and since he had the Attack Titan in that future, even though he didn't have it in the present, he was able to get the memory through the Paths. It was most likely something tragic, since he cried when he woke up. We've gotten hints that his plans coming to fruition most likely end with something terrible happening to him.

For example, when he grabbed and yelled at Hange in his cell, most of us had assumed that he was reminding her of her overall powerlessness in the situation. However, I think it was actually desperation on Eren's part. Even though he knew it would be impossible to avoid, the outcome is probably so terrible, there is still a part of him that hopes for a possibility to avoid it. That's what he was yelling at for; he was begging her for an alternative to whatever was in store for him. And she just rebuffed him, calling him a pervert. Now that I look back on it with the new information, I feel really bad for him.

I don't know exactly why Mikasa says "see you later", but I'm not putting too much stock into a time-travel theory. If it is that, it is Eren travelling through the memories of all the previous Attack Titan wielders, showing them memories of the future and guiding them along. Grisha said "the Attack Titan was created to fight the self-righteousness of the king. For this moment, it's why we've all been led to this memory." It's a possibility it's Eren himself doing it, just like he did to Grisha. After all, both Grisha and Kruger implies that the received memories and the Attack's purpose are very focused and linear. 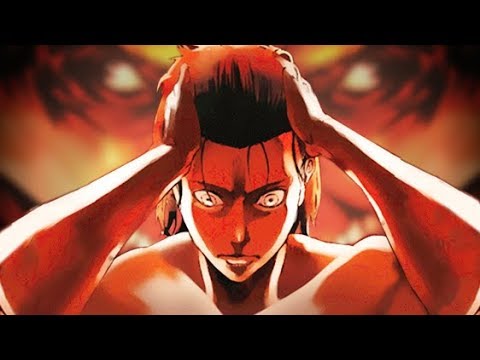 Eren Jaeger Has Become The "Monster" Of The StoryYouTube

I can't describe how fond and mesmerized I am by Eren's transformation. Initially, I didn't really like him, but now, when I look back at how he was and then to how he is now, I realize the importance and impact of it all, as well as the underlying 'coming of age' theme. I bumped him from being outside my top 10 into my top 3.

Many state that Eren hasn't changed at all, which is not true. Yes, his end goal and desire is basically the same, but his philosophy on many other, major aspects of life, ans his approach to dealing with issues, has changed dramatically, almost as if he's a completely different person from where he started.

For one, he isn't a hateful and spiteful person anymore (or, at least, doesn't seem to be). Going from a kid who wanted to avenge his family, the Uchiha Cla- oops! Sorry! Wrong fandom. Anyway, going from a kid who hated and demonized Titans and any enemy who was in direct opposition to his own worldview, a kid who childishly believed he was always right, a kid who couldn't act or even think in an unbiased and impersonal manner to save his life (and idiotically believed, among other things, it was what made him 'grown-up' in comparison to some of his fellow peers), a kid with more triggers than you can reasonably count, to this calm, perceptive figure who hated war, empathized with his enemies, considered revenge a dull, needless affair fit only for those who are stuck in the past, with a self-controlled confidence that did not need the affirmation of others, whether it be close friends or superiors, and adopted an extremist but fundamentally righteous philosophy that encouraged him to act and execute ruthless but impersonal actions for presumably selfless reasons - basically, a TRUE adult - well, needless to say, Isayama had paid A LOT of attention to Eren's character development and growth. And I love it!

Unlike other shonen, and some seinen, works, Eren goes through ACTUAL change, not just in overall behaviour, but in his fundamental philosophies. That's what's growing up is about; learning about the world and people around you, adapting while also forming your own identity, and, what I take issue in many mangaka failing to realize or at least acknowledge in their works, realizing that most things you thought true as a kid were probably wrong or oversimplified.

Most other shonen mangaka, on the other hand, tend to show their young heroes as already having near-perfect morality and, in majority of aspects, a perfect philospohy on life, which EVERYBODY else should also adopt, causing the main hero to be this character with an unrealistic, uber-magnetic personality that is looked up to by everyone, except a few of the villains. I mean, sure, shonen works are primarily made for young teens, so why focus on such complicated, often subtle elements such as quality character development and growth. Then again, that being almost a taboo while gore, nudity and politics is A-okay? Priorities need to be checked.

That's why Eren is a real breath of fresh air, but that in no way makes him a quality character in and of itself. The execution of his development, actions and evolving personality traits is what makes the character so unique and interesting to watch. So, yeah, I'm 100% for how Eren turned out, BECAUSE of both his strengths and weaknesses, and his virtues and flaws.

I agree that the first season soundtrack is the best, containing all the most memorable leitmotiffs that would become foundations for later tracks. My personal favorite from that OST is ətˈæk 0N tάɪtn; really embodies the overall tone of the show, along with another track I'll soon mention.

However, the best track from an AoT OST is, of course, YouSeeBIGGIRL/T:T. Like the aforementioned track, it truly exemplifies what AoT is all about in terms of tone, themes, and overall experience.

A reply to Simone utente
1

Apart from those stats being from when they were 15, I surmise that what the combat stat took into account the most was ODM fighting skill, and less hand-to-hand, though it obviously plays a part too. Also, Reiner was joking when he said that Mikasa was the top in hand-to-hand. Earlier, much more serious, he'd actually said Eren was the strongest fist-fighter, but jokingly changed his mind when Mikasa grabbed Eren from behind to stop him from fighting Jean.

A reply to Simone utente
0

While I voted useful and well-characterized, I also think his fights have become rather anti-climatic. The only time he received a serious injury in a fight was against the Female Titan, and he got it saving Mikasa. After seeing him experience only victories with little to no damage and cost done to him, his fights aren't as riveting as they first were. I mean, his overpowered theme has been taken a step too far in my opinion, and it's gotten dull.

A reply to Simone utente
2

Not very specific. Fist fight, Eren. ODM, Mikasa. All out, no holds barred, I'd give it to Eren. With the War Hammer, his increased skill (it's been implied multiple times that Eren spent a crap-ton amount of time training during the timeskip), as well as his more composed, calculating and analytical mindset, I think he has the better shot of winning. Plus, he himself has great knowledge of ODM gear and its combat applications, so he wouldn't be as caught off guard as some of the Warriors (Zeke, Willy's sister, and Pieck).

I personally think Kenny is first, because of a combination of his Ackerman power and the fact that, out of all the characters, he's probably spent the most amount of time fighting up-close and personal with his feet on the ground.                                      Eren then second. He came in first in his class, before Mikasa, as well as the Warriors, who had previous training. I think Annie was better than him pre-timeskip, but it's been shown what Eren's been concentrating the most in the past four years has been training, so now (in the manga), I think he's surpassed her.               Annie third. Apart from canon, I'm also including a little from the Lost Girls manga, where she REALLY kicks ass, especially since she's outnumbered in every single fight. She's had intense training, as well as experience to further refine her skills.

Yes, Kenny is dead, but that doesn't mean he should be disregarded. By that logic, we should discount Annie because she's crystallized and unlikely to wake up or, even if she did, participate in any fights.

To be clear, I'm thinking of their manga versions here, so Eren, Mikasa and Levi are post-timeskip.