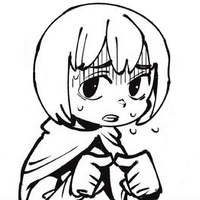 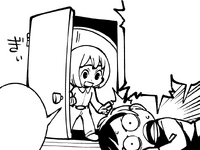 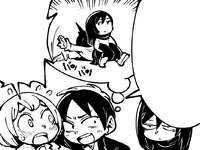 Armin gets the wrong impression regarding Eren and Mikasa's relationship 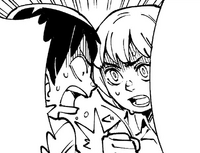 The boys want a pillow fight

Armin asks Eren to hurry up

Hange calls Armin in for his opinion on Titans

Armin having a meal with the other trainees

Armin watches Eren setting up a prank in class

Armin and Hange try to find a disguise for Historia

Armin tries to cover up for Historia's stomach growling

Armin stops Eren from talking about outside the Walls

Retrieved from "https://attackontitan.fandom.com/wiki/Armin_Arlert_(Spoof_on_Titan)/Image_Gallery?oldid=292185"
Community content is available under CC-BY-SA unless otherwise noted.