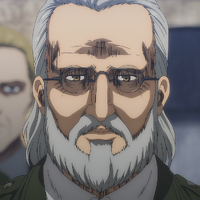 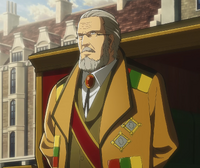 Zachary arrives at the courthouse

Zachary takes part in the coup

Zachary announces the seizure of the government

Zachary rants about the government

Zachary places the crown on Historia

Zachary and the Queen preside a meeting

Zachary in his seat at the military meeting

Zachary featured on the second compilation film cover
Retrieved from "https://attackontitan.fandom.com/wiki/Dhalis_Zachary_(Anime)/Image_Gallery?oldid=277865"
Community content is available under CC-BY-SA unless otherwise noted.