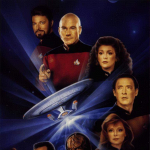 Hello! I am CaptFredricks (you may call me Capt or Jason); I'm 23 years old and I'm from the United States. I am a big fan of AOT and anime in general. I admin two wikis and try to help out on others when I can (specifically AOT Wiki).

One of my main hobbies is fan fiction writing (mainly Star Trek fics, which can be found on my wiki), but I'm thinking of doing a Trek/AOT (or Trek/One Piece) crossover at some point.

Aside from this wiki, others I frequently use are as follows:

I have an associate's degree in computer programming, and I've worked in the web development field for three years. I'm skilled in HTML, CSS, JavaScript, PHP, Ajax, and MySQL; I have some skill in VisualBasic, C++, and XML; and basic knowledge of Java, Python, Ruby, and Swift.

Aside from programming, I also enjoy music and I'm a major Star Trek and anime nerd.

I first started watching SNK/AOT a couple years ago when a friend suggested it to me. I watched all of season 1 within a few days. Last year, I decided to read the manga, and I read all 78 (at the time) chapters in just two weeks.

I have seen the first AOT film and I thought it sucked. The story is so deviant from the source material it's not even funny. EDIT: It seems some of the stuff in the live-action films parallels things that have just recently been revealed in the manga (such as Zeke and Eren being half-brothers), but it's still a pile of crap as far as production goes.

My ex-girlfriend suggested One Piece to me, and I started reading the manga in early 2016. Unlike AOT, which has stuck very close to the manga with the anime version, One Piece's anime has several differences from the manga, some of which I don't like (mainly the early filler episodes). The manga is fabulous, though, and I actually like it slightly more than AOT.

Demon Slayer quickly rose to be my third favorite manga/anime behind One Piece and AOT last year. The manga is close to wrapping up, but it's fantastic all the way through, and the anime has gorgeous visuals and a wonderful soundtrack and voice cast. I have no complaints about it, and I'm excited for the upcoming movie.

Some of my other favorite manga/anime includes Death Note, One Punch Man, Goblin Slayer, and Naruto.

Retrieved from "https://attackontitan.fandom.com/wiki/User:CaptFredricks?oldid=291863"
Community content is available under CC-BY-SA unless otherwise noted.