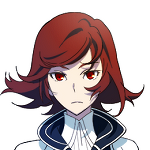 I've been dinking around various fandoms for longer than is reasonable, but Attack on Titan has become something special, so I decided to get more involved.  I'm also an accuracy nut who gets annoyed seeing misinformation, so that's a bit of an asset here...

Jean is me without my filter on. Erwin is who I'd like to be. And Nile has no good reason for being on this list other than I like him.

And thanks to a Humble Bundle I own the vast majority of the manga (including spin-offs) in ebook form as well.

Retrieved from "https://attackontitan.fandom.com/wiki/User:RuneLai?oldid=248719"
Community content is available under CC-BY-SA unless otherwise noted.