I heard that this might've been shown at the end of the second recap movie, but here we have, with voice acting, a release (might be a leak) of anime content where Hange talks to Nick on the wall... man it is real. 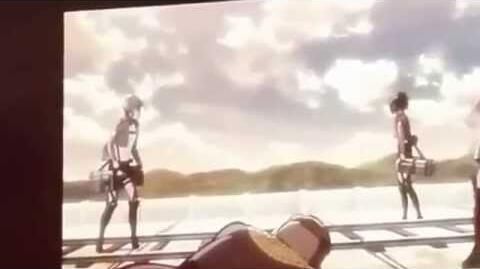 That's probably just about the very beggining of the episode. :D

I notice that the BGM it's playing isn't from Season 1's soundtrack, so I'm sure another soundtrack is confirmed.